Vai al contenuto
News /  martedì 26 Maggio 2015
Interview with Thibaut Rouffineau, Serial entrepreneur and Curb COO and Co-Founder.  Per la versione in italiano clicca qui. Building a startup. In your speech you talk how to find the route to success. But firstly, why building a startup? Which are the needful reasons to start? This is the 1 Billion dollar question! Or more likely to be a few ... 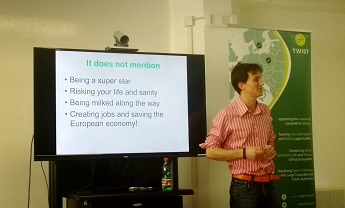 This is the 1 Billion dollar question! Or more likely to be a few thousand euros in debt question. A lot of people have this urge in them to create and learn… and building a startup is a fantastic experience from this perspective. Cost of failure has decreased so a lot more people are giving it a try… Your job is boring. Your job doesn’t pay enough. You want to change the world in one way or another. There are millions of reasons, all of them entirely reasonable.  However I would recommend not to go there completely blind. There are a lot of things you need to plan for before jumping in the adventure. How are you going to live (not survive) all this time? Who’s your support network? Who’s your first client? Only jump in when you have the answer to these questions.

You always talk about the “mobile first” paradigm. What about now? How many companies are aware of this?

The awareness has grown among startups and corporates but still a lot of people are surprised when they see the amount of traffic coming to their website for mobile phones and tablets. The whole meaning of mobile first has change in my opinion from “you need to design and think your product for mobile first” to “whatever product you’re going to do… someone is going to use your product on mobile”. Companies are just starting to understand that mobile is not the lighter version of web… it’s a full-on version that you need to find ways to stick in a smaller UI. A good example is people watching movies on their mobile… they’re watching a movie not a mobile movie! So be ready to beef up your mobile offering not dumb it down.

UK, France, Italy. Do you think is it possibile to talk about a “european startup ecosystem”? Which are the main differences between these countries?

I wouldn’t really say there is such a thing as a european startup ecosystem at this point. Startups from various countries rarely compete directly with each other in European markets, most of them tend to go to the US after conquering their local market for scale reasons. Most startups also still live in isolation and mainly listen to news about startups in their country and US rather than finding out what happens in Europe. London definitely has an international feeling to it but it’s more as a financial capital of Europe, a bridge between US and Europe and a hub of talents coming from across Europe (and further too). Paris doesn’t really fit into this scheme though and most French startup are either Franco-French or French-American, seeing their next opportunity across the Atlantic rather than in Europe. Italian startups tend to go with both models some follow the London then US route, some go directly to the US.  London though has a strong competition for tech talents (which is another way to say there is a lack of it) when France and Italy probably have too much of it… It leads to interesting dynamics where UK and US startups come to recruit in France and Italy as they can offer much better salaries.

Is there any digital startup/ app you find particularly disruptive at the moment?

Curb (http://curbhq.com) of course! (If I don’t believe in my own start-up no one else will!) We’re making it easier to live a healthier life! Still early stage but very promising start for our MVP… You can check out

Are you particularly interested in any new emerging country at the moment? In Europe and/or outside.

I have always had a deep interest in developments all over Africa, but I lack the time to get more involved in it at this stage. The mix of lack of infrastructure and a regulatory system that supports innovation is bringing a series of amazing new mobile services around health, payment, crowdfunding… All of which you here about in Europe but it really lacks concrete services that can be used daily by normal people not by the masses. In a surprising way corruption is a huge driver for mobile services to help cut the middle man, I do  believe that Europe should find inspiration from that to re-think its legislation towards mobile financial and health services if it wants to be successful in the coming years.

What’s next? Is there any “big thing” after the mobile?

I could play buzzword bingo on that one.

Internet of Things: replacing old fashion communication protocols by simpler ones to make every object accessible through the web?

Self driving cars:  replacing swearing drivers by much more polite ones (ohh and better driver too)?

Mobile was a platform,  an enabling technology that allowed new services and usage to bloom and that touched everyone… it’s going to be a hard one to replicate. There are a number of technologies currently fighting for the title in finance (crypto-currency) and transportation (robots, drones, self driving vehicle). But I would personally look at the next phase in wearable and augmented humans, somewhere between health and medicine as the next revolution to the way we live our daily lives. 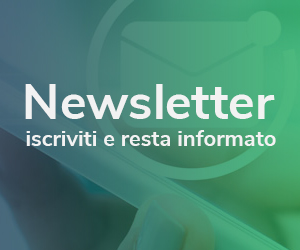